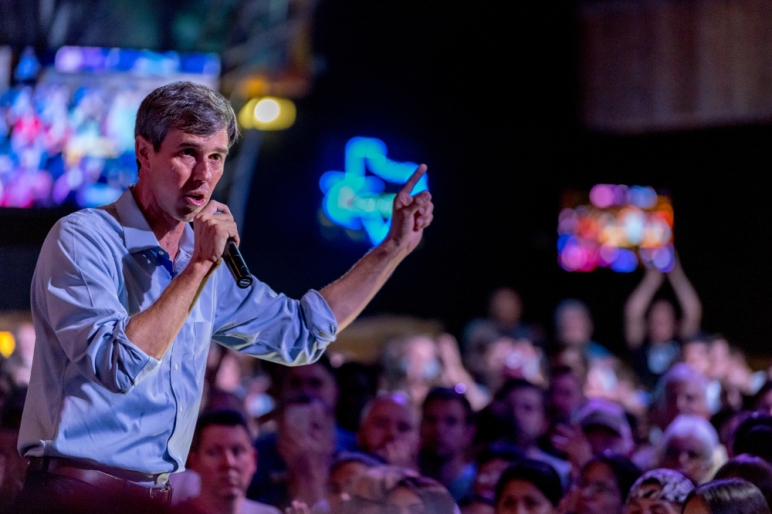 I was prompted to write this article because of a few of the articles that are being published around Beto O’Rourke as his candidacy for president in the 2020 election becomes much more likely. The articles that I reference later in this blog post are designed to diminish Beto’s strength as an early contender and build strength through early counter narratives through the process of surfacing. This article is about exploring surfacing and the kinds of tactics that we are seeing deployed against Beto almost two years before election day and at least a year before he announces his candidacy.

Before I get to deep into it, I do feel like I have to start this by saying that I am not a supporter of any of the current potential presidential candidates on either side of the aisle. I have not made up my mind about anyone yet. I’m also not arguing that Beto is a good guy or bad guy. I have no idea. Mostly, I’m writing this post because I find this pre-candidacy process of surfacing candidates and causes so interesting.

As we move into the 2020 presidential elections we are going to start seeing potential candidates surfacing their campaigns in order to take on Trump. This surfacing may come from both sides of the aisle to attack or support a potential candidate. I want to explain this process because so few people know what surfacing is and so that you understand what is happening when we see the publication of these kinds of articles.

The surfacing process is key to building a viable candidate who is positioned to win the election because it introduces the candidate to voters in a strategic way. It is a crucial step in building a candidacy because before these individuals are officially candidates they are often free from opposition attacks and voters are less skeptical of their messaging. Before they are candidates they are just individuals who are expressing their hopes and dreams for the country and telling their story to voters. They can do this through articles in newspapers, publishing a biography, speaking on news shows, and utilizing various media in order to begin reaching and educating voters before those voters have become familiar with other candidates. By starting early and working in an environment free from these distractions and obstacles then potential voters will already be familiar with the candidate and the candidate will have a network of supporters, volunteers, and donors ready for a campaign once they announce their candidacy.

On the other hand, after they officially announce their campaign and become candidates, voters’ attitudes begin to change. Voters start to question the candidates’ messaging, or their voting history (if they have one), their earlier tweets, the content and context of their bestselling book, previous speeches, or earlier attempts at running for office, etc… The campaign suddenly becomes difficult because they start working in an environment of opposition attacks, party in-fighting, political punditry, and voter skepticism. The longer that a potential candidate can stay out of this environment, the more they can build their resources for a more successful campaign later.

For a more in-depth discussion about surfacing in the context of presidential politics, see this article from the site, Presidential Power.

One of the most important reasons that surfacing is important is because, in politics, whoever says it first and loudest is often most believed. By speaking first you put your political opponent in a position of defense instead of offense. If you are the first and loudest candidate to fill the political messaging space with your views on an issue then you will now control that narrative in the election cycle because your opposition will have to spend their resources addressing your narrative instead of promoting their own. For example, one of the big issues for Hillary in her run for presidency was simply that Trump was first to speak and spoke the loudest which meant that she spent much of her election cycle defending herself from Trump’s claims, being forced to speak about what Trump previously said, and using precious campaign resources trying to maneuver through Trump’s chaotic messaging style. Surfacing gives candidates the opportunity to speak first and loudest on issues in an environment that is generally free from attack from opposition and that helps voters make decisions early in the campaign process.

However, What I think is most interesting is that surfacing against potential candidates is becoming more common years before potential candidates become more viable and long before they announce their candidacy. For example, we’re seeing surfacing tactics from the opposition being applied to Beto O’Rourke from both the left and the right due to the speculation about his potential presidential candidacy. This is incredible considering election day is still almost two years away.

In fact, the reason that I wrote this blog post was because of an article that came across my feed. In this article against Beto O’Rourke the “Journalist,” posits that “The 2020 Democratic frontrunner is a Republican.” I thought this was a fascinating piece and I explored it more to see if it was part of an opposition campaign against Beto forming their messaging this early. It turns out, it was.

These articles are often hard to spot because, at first glance, they are authentically written articles by a journalist and should be trusted. In this case, it was a little easier because this particular article was written by Mathew Walther and the news platform allowed me to click through to his author history and bio. The first thing that I noticed was that his previous articles were often right leaning and one of his previous articles was titled, “Liberal’s Infantile Beto Fantasy.” When I read his bio it stated that he is also a Robert Novak Journalism Fellow. What is interesting is that this fellowship is made through The Fund for American Studies. TFAS is an organization that promotes conservative ideals in journalism and has ties to major conservative organizations like the State Policy Network and The Charles Koch Institute. Now it becomes clear that this article was most likely written specifically to diminish Beto’s luster with Democratic voters by positioning him as too Conservative for Democrats to support.

The other article that caught my eye was called “Beto O’Rourke is the New Obama and That’s the Last Thing We Need.” It was written by David Sirota who writes for Capital & Main which is a left leaning publication. On first glance, this lends his arguments a little more authority. But, when we look more deeply into David’s history we find that he worked as the press aide and then as the spokesperson for Bernie Sanders. What this means is that if Bernie Sanders is planning on running (it looks like he is) then he needs to start filling the messaging space with counter narratives about Beto in order to weaken his position for the upcoming presidential run. By running articles like this, the Bernie Campaign is taking advantage of this surfacing process to weaken Beto’s position among the Obama era Democrats so that Bernie’s position becomes stronger. In the campaign, Beto will have to address this narrative instead of promoting his own narratives. In fact, this tactic from the Bernie campaign insiders has become so apparent that main stream press has picked up on it such as in this article from NBC News entitled “Inside Bernie World’s War Against Beto O’Rourke.”

Most often these kinds of articles rely on the readers’ ignorance of the surfacing part of a campaign. They are typically very difficult to identify for a common reader. In the case of both of these articles I had to click through to authors and perform Google searches to see if they were legitimate criticisms of Beto O’Rourke or if they were simply part of the electioneering process. If you don’t want to be duped by the surfacing or counter surfacing of candidates by themselves or their opposition, it will simply take a little work.

While these are just two examples, I have written about this surfacing process in campaigns for candidates and causes before. In my most recent book, “Before the Ballot; Building Support for Library Funding,” as well as an upcoming article in the Journal of Library Administration, I dive much more deeply into strategies and tactics of early electioneering specifically for libraries. 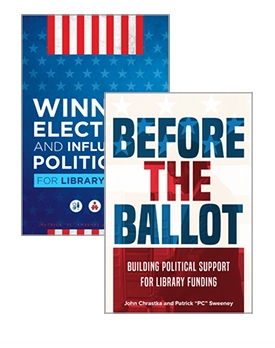